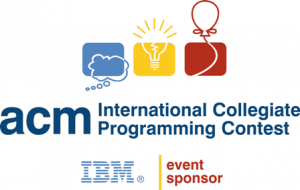 Volodymyr Hnatiuk Ternopil National Pedagogical University (Department of Computer Science and Teaching Techniques) on the basis of the order of Ministry of Education and Science of Ukraine became the base university for the second stage of the All-Ukrainian Collegiate Programming Contest ACM-ICPC 2016 in the South-Western region (Ternopil, Khmelnytskyi, Vinnytsia, Chernivtsi region).

Regulations of the Contest are defined by the regulations of student world championship on programming (http://icpc.baylor.edu/):

The team consists of three students.

Each team is given one computer.

Teams will be offered with 10-15 tasks of varying complexity in Ukrainian and English, the duration of the competition – 5 hours without a break.

Solutions check is carried out automatically via the Internet, using an online system ejudge.znu.edu.ua for running the competitions.